How to be on Social Media and NOT Embarrass your Kids or Grandkids – Chrys Howard
17782
post-template-default,single,single-post,postid-17782,single-format-standard,theme-audrey,eltd-core-1.0,woocommerce-no-js,audrey child-child-ver-1.0.0,audrey-ver-1.4,eltd-smooth-scroll,eltd-smooth-page-transitions,eltd-mimic-ajax,eltd-grid-1200,eltd-blog-installed,eltd-default-style,eltd-fade-push-text-right,eltd-header-centered,eltd-sticky-header-on-scroll-up,eltd-default-mobile-header,eltd-sticky-up-mobile-header,eltd-menu-item-first-level-bg-color,eltd-dropdown-default,eltd-,eltd-fullscreen-search eltd-search-fade,eltd-side-menu-slide-from-right,eltd-woocommerce-columns-2,eltd-woo-small-space,eltd-woo-single-thumb-below-image,eltd-woo-single-has-pretty-photo,wpb-js-composer js-comp-ver-6.5.0,vc_responsive 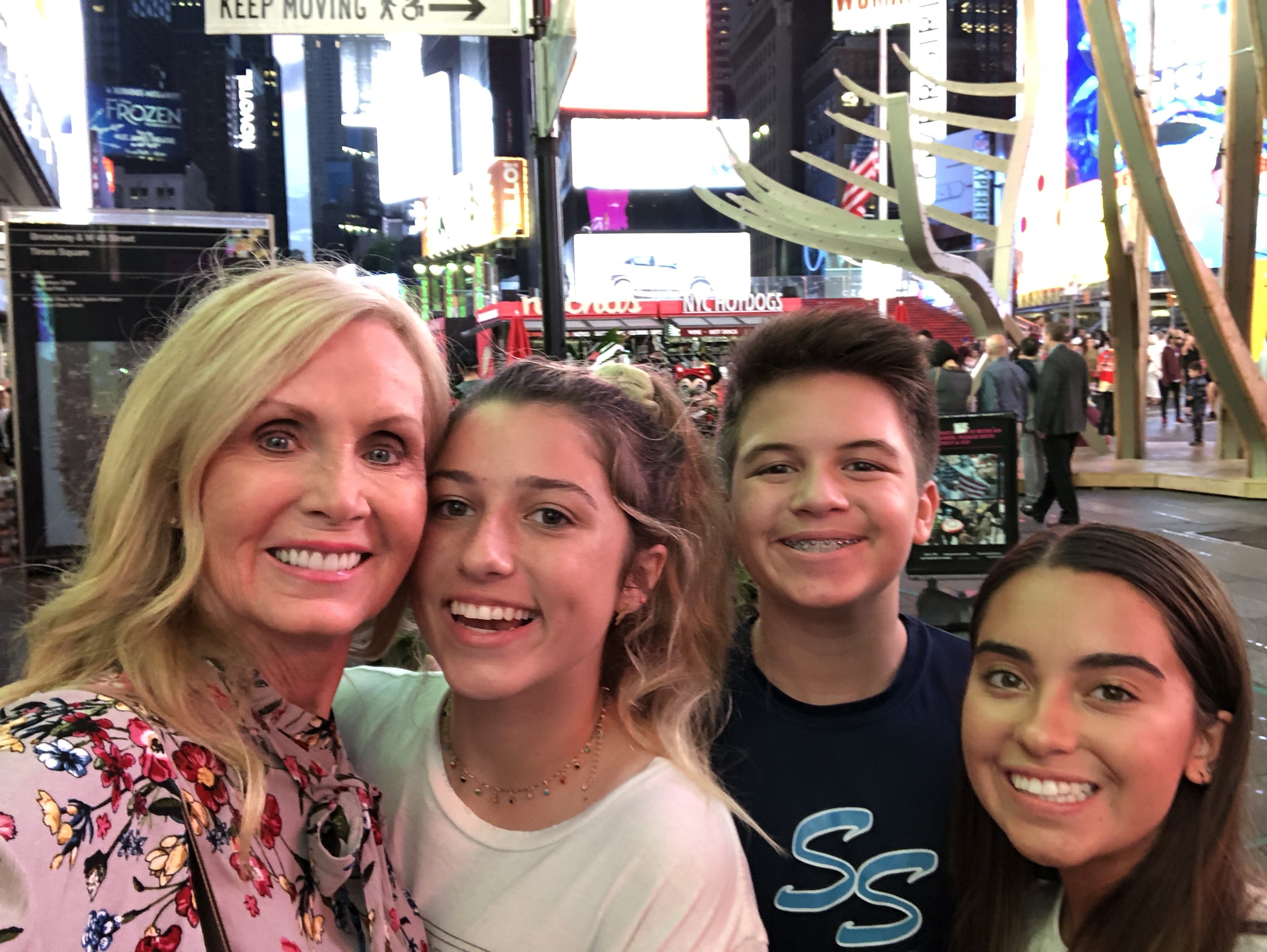 Okay—to be honest, I really don’t think it’s possible. I know, I’m writing a blog about it, but seriously, our kids are so social media savvy–so far beyond us–we can only hope to learn a small part of it. For the most part, we don’t need to worry about embarrassing them. It’s our job to give them something to laugh at, right? But, if you do want to attempt or, at least think you are posting something they can be proud of, then I have a few tips for you.

Our discussion on the topic will start with Mr. Rogers. Remember him? I hope you do. I really hope you can sing, “It’s a beautiful day in the neighborhood. A beautiful day for a neighbor.” I know the criticism. I’ve heard it. Many blame Mr. Rogers for the self-centered adults on the earth today. But, I don’t think so. While I often heard him tell children they were special, I never heard him say they are more special than their neighbors. I recently watched the movie about his life. (If you haven’t seen it, I would encourage to watch it and watch it with your family. There’s so many good points in it.) The movie points out the disturbing trend in TV from the beginning concerning children’s programming. While we might not have noticed it, children’s programming from its earliest days was designed to “dumb down” our children, not build them up. Cartoons included characters who fell from buildings and flattened out on the ground, real-life characters had pies thrown in their faces, and animals talked and ran from each other. This craziness is still part of children’s programming, plus violence. Ugh!

It seems Fred Rogers was fascinated by television the minute he saw it. As an ordained minister, he saw television as a way to teach faith, hope and love to children all over America. It was a new medium, but one he recognized as a platform for good. He spent his career thinking about and delivering things that matter and make a difference to children through television. Social media is our new television. We all know it’s capable of bad things. We know about bullying and pornography and hate speech and more. Sadly, our children have the opportunity to see and hear things we didn’t see or hear until much later in life, if ever. As old dogs facing many new tricks, we don’t have to figure it out, but, as parents and grandparents who understand that we are on a mission to leave the world a better place than we found it, we need to, at the very least, try to understand it and, at the very best, use it effectively. Use it to do exactly what Mr. Roger set out to do—make others feel special and teach valuable lessons. Now, can we do it without embarrassing the kids in our life? Probably not. Few parents in the history of hot trends have been able to embrace something new without some embarrassment to their kids. I remember when the new dances like the jerk and the frug (I know, I’m old—think 1960’s) came out. We laughed for hours at our parents trying to do those dances. So, this might be impossible, but, here are a few pointers if you want to try to post and keep the snickers down.

First of all, captions matter, but who has an hour or two to think about them. I don’t. The kids think social-media-perfect requires a perfect caption. I’ve seen my grands wait an hour or two until the perfect caption comes to them. Sometimes a savvy post-er might land on one word. Solid, obsessed, bae, happy, besties, clueless, and an all-time favorite, BEST. DAY. EVER, are among the much-thought-about, carefully chosen words to perfectly describe the equally carefully chosen picture or pic, as the kids say. It’s true we might not come up with the perfect word or words, but maybe we don’t have to include all the information about a pic in one post. In other words, keep it short unless you are trying to teach a lesson, which is another pointer–don’t teach a lesson with every post. Some posts should just be for fun. Young people will get bored with your posts if you put too much info in them and they will unfollow you. I know that is harsh, but the truth hurts sometimes.

Now on to the picture itself. It seems the selfie of yesterday is, well, just that—yesterday’s selfies. Not that I’m complaining, I never liked the idea of a selfie. Just the word “selfie” is so backwards to my kind of thinking because it puts all the attention on “self” which is not where the attention should be. However, I get it and had nearly mastered it, only to be told it’s out. Still, it was a good way to show yourself with friends without someone having to be the sacrificial picture taker. I’ve taken my share of selfies, even owned a selfie stick at one point, but it’s time to move on. The new current trend is the opposite of a close up selfie, it’s getting the shot from a distance. This is definitely a much better trend as it includes you and your surroundings. But, it presents a problem. Now you must find someone to take a pic of you or set up your phone with its timer on. That’s not hard to do, but it takes some time and another lesson. (Google phone self-timer for pointers.) The idea here is to keep your photos interesting. Now, my last tip is this–don’t post too often. I know we love our kids and our grandkids, but over-posting is a definite no-no to this younger generation. They will quickly unfollow someone who “blocks up their feed” with too many posts. Now, I’m not going to even pretend like I know what that means; I just know it’s bad. I think it means the algorithm system Instagram uses to cycle through your followers gets messed up when one of your insta-friends posts too many pics thus keeping you from seeing posts of other insta-friends that you want to see. Did that make any sense at all? I know, it’s complicated. So, post sparingly, if you don’t want to be unfollowed or post as much as you want if you don’t care. Well, that’s my helpful hints on social media posting. I didn’t even get into the importance of filters. (Seriously, this is so important to the kids. To me, not so much which drives them crazy.) Or to use or not use collages? Or what is an influencer? Or what’s live streaming? Or should you be on YouTube, Snapchat, Tumblr, Twitter, facebook or all of the above? It’s a crazy new world, but we can be of part of it, if we want to. Just jump on board and ask a kid for help. That’s what I do. Have a great week. Know you are loved. Hugs, Chrys