Games are more than Games

Games are more than Games

Children love to hear, “Let’s play a game!” come from the mouths of their parents, grandparents, and friends. Even as older teens and young adults, my grandkids love to play games. On a recent ski vacation, they could hardly wait to get off the slopes, eat dinner, and then settle in for an evening of game playing.  We are a “game playing family” and I’m here to tell you that I believe game playing is instrumental in shaping a child’s behavior. Oh, it’s not the only thing and maybe not the biggest thing, but it’s a contributing factor.

Many years ago, when my children were young, I started thinking about the games we (us old folks) grew up on. Games like Simon Says, Follow the Leader, and Mother May I. I quickly realized that games teach valuable life lessons. Simon Says teaches children to listen closely and not act hastily. Mother May I helps kids see that the adult or the leader is to be respected and it’s polite to ask permission before doing something. Follow the Leader is a natural and fun way to teach kids to listen and follow instructions.

As my children got older and advanced to games like Baseball or Basketball, Gin Rummy and Capture the Flag, I saw how games continued to teach my kids about life. I watched them negotiate life on a baseball or basketball field. I watched how they interacted with other kids and how they handled wins and losses. Then, as a mother, I was able to gently or, sometimes not so gently, guide them into better behavior if it was needed.

Back in the old days, before children starting going to pre-school at three-years-old, all the qualities I listed above were important skills to have mastered before a child went to school. Prior to the 1970’s, many children didn’t even go to kindergarten. (I didn’t.) Mothers were intent on teaching children to listen to adults and to be able to follow instructions so they would be ready for school. While mothers of the 1950’s and 60’s weren’t all about playing games, they were about having children who were respectful. Before learning our ABC’s, our mothers wanted us to be able to follow instructions, be kind and respectful, and listen to the teacher. A google search of game origins doesn’t bring up much, but I did find that Mother May I probably dates back to the 1700’s. Apparently, Shakespeare uses the phrase in one of his works. In any case, I believe these games were invented to teach children many life skills and, probably, by some very creative moms. 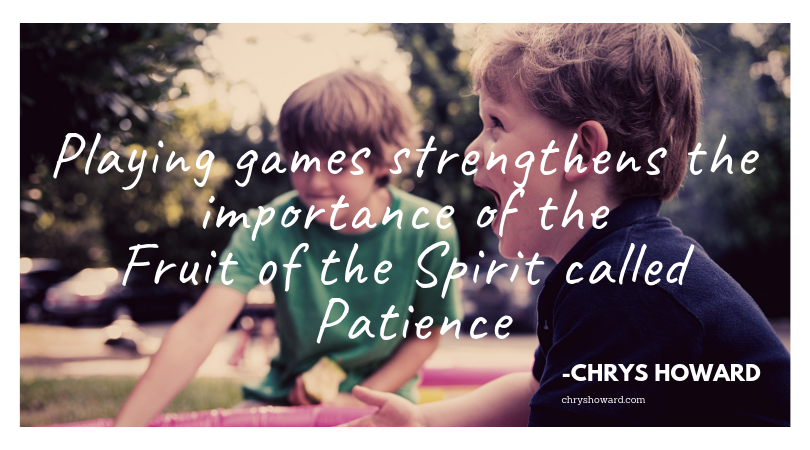 I want to challenge you to have a family game night. If your children have never shuffled a deck of cards or played Simon Says, it’s time to start. Even though I have already listed some benefits, if you’re still not convinced, here’s a list of added benefits to playing games.

In 2019, I have a concern that children are not playing enough games. I know, that sounds crazy, because what kid doesn’t play games? Well, lots of them. In fact, as a youth leader at church, former school teacher, and a camp director, I am shocked at how many kids have never played a game. I recently met a college student who had never shuffled cards. What!! I could shuffle cards at eight years old! Because, when I was eight, there wasn’t anything else to do when the cousins got together than play cards or Monopoly or Guess Who? Today’s child has many other options, and some good ones, but don’t underestimate the value of good, old fashioned games.

Pick a night. Pick a game. And PLAY!