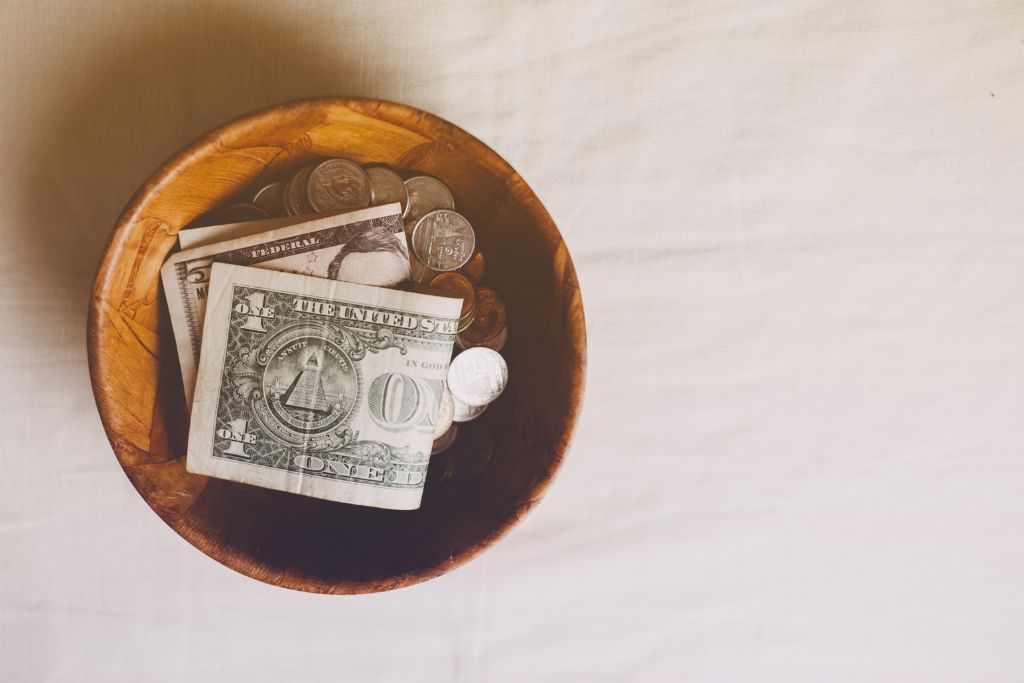 How couples come together and decide who handles what in the marriage is for another blog. But, today, I’m talking about financial matters. For me, when it came to financial matters, it was a no brainer. I married a business major whose dad started, from ground up, straight from WWII, with literally no money, a chain of successful discount stores. My husband worked in those stores every summer.

From the time I met Johnny, he was the treasurer of something. He was the treasurer of his social club at Harding University where they had social clubs instead of fraternities. Who was I to weigh in about financial matters, right? To top it off, I was eighteen years old when we got married. I never had any money. I don’t even remember an allowance. If my parents had agreed to an allowance, they would forget they mentioned it, and we never saw the money. But I’m pretty confident allowances were never considered.

There was a split second that I was on my own for one semester at Harding, but I was already dating Johnny, so if my parents sent money up for my sister, Joneal, and me to share, Joneal would always remind me that I was dating Johnny Howard, so didn’t need the money. A twenty-dollar split was Joneal got $15.00, and I got $5.00.

As I said, I had little experience with money issues. Also, the church of Christ I attended at the time, didn’t talk about tithing. They did talk about giving, but not tithing, so giving lessons we always associated with generosity, but nothing concrete, like there being a certain percentage of what to give. And remember, there was no extra money for us kids, so there were no talks of percentages to put in an envelope or a jar from my parents.

But I did know about the generosity part of the sermons I would hear. My parents were the poster parents for a generous home and spirit. Both of my parents came from war time families. It was a time when no one had money. My mom and her southern family moved to San Diego to help with the war effort when mom was twelve. That is where mom met an Oklahoma boy, who was in the Marines. Daddy served in the Korean War.

When I was two, my daddy got out of the Marines and started to college at Oklahoma State University. Daddy was in college full time and worked full time. By the end of his college life, there were five kids. My mom was a stay-at-home mom, so as you can imagine, there was no extra money. Still our small house was always a hub of visitors. My daddy’s brother, my Uncle Jerry, lived with us. He played football of OSU, so we loved all the college boys who filled our small front yard with football games. Even though both of my parents were raised in “believing” homes, tt was during college that my parents became Christians.

After daddy graduated, we moved to another small town in Oklahoma where daddy got his first “big” job. Our house was still very small, but it was always open for company. My parents found a church and got involved and our life as a Christian family was set. A few years down the road, daddy got a better job and we moved to Louisiana. Our house was bigger, but we had six kids and a grandma by that time, so it was very full.  My parents immediately became involved in the church in that town and the example of generosity they showed others continued. My daddy was the one who saw a need and solved it. If a young family needed groceries, he didn’t ask, he just did it. Bought groceries and showed up at their house. If an entire basketball team needed a place to stay while in town for a weekend tournament, daddy would offer our house. If someone couldn’t pay daddy for the work he did for them, he would take a trade. That’s how we ended up with a Shetland pony in the backyard.

I spent my entire life watching generosity in motion. Still, I didn’t understand what tithing meant or what it meant to decide on how much to give the church and the causes we valued as a family. That was going to be taught to be by my new husband—the treasurer.

Johnny was raised with the same value system I was raised with. The only difference is his family did have money. His father, who came from war time poverty, had started a chain of discounts store that were very successful. Still, his mom and dad were two of the most generous people who ever walked this earth. Johnny was taught kindness and generosity from birth.

So, it wasn’t hard for us to work together and come up with a plan for our giving. Our first year of marriage we made 10,000 which was decent 50 years ago. That year we gave 30% of our income to the Lord and, from that year on, we continued with 30%. The Lord has honored our giving and has blessed us to be able to continue to give.

I don’t know what your giving habits are. It doesn’t matter what the money value is. What matters is that it’s from the heart. I do know God will honor your giving too. The bible tells us, “Give and it shall be given to you. A good measure, pressed down, shaken together, and running over, will be poured into your lap. For the measure you use, it will be measured to you.”

I am grateful for the example I saw in my parents and grateful I married a man who saw the same.