Women with Brave and Bold Hearts 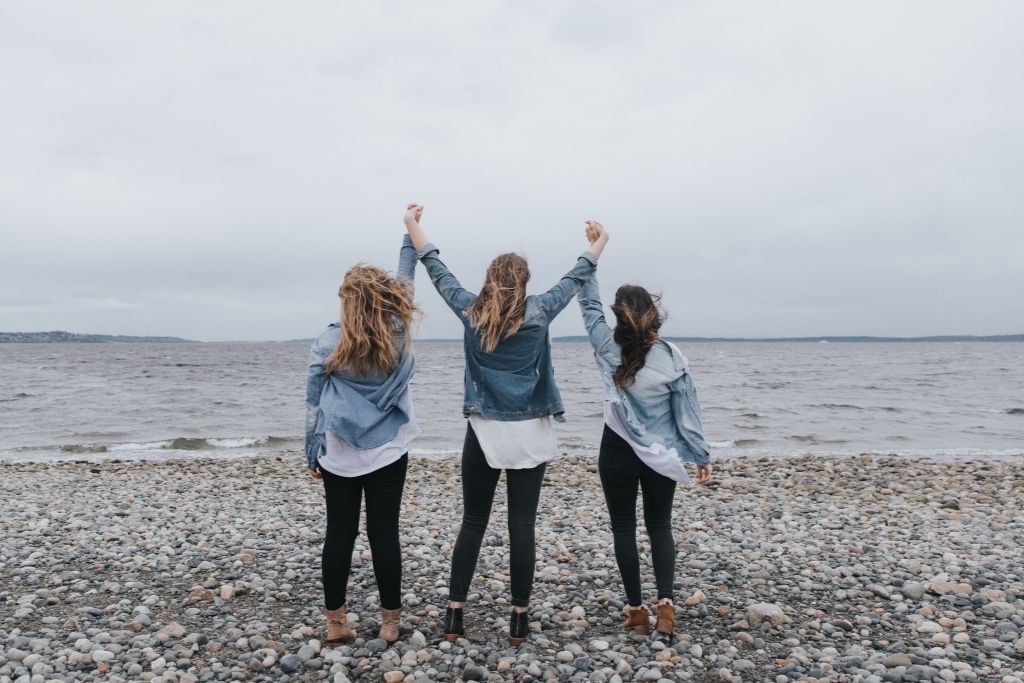 Women with Brave and Bold Hearts

Mel Gibson’s character, William Wallance in the movie Braveheart, says this, “Now tell me, what does that mean to be noble? Your title gives you claim to the throne of our country, but men don’t follow titles, they follow courage. Now our people know you. Noble, and common, they respect you. And if you would just lead them to freedom, they’d follow you. And so would I.”

I love that line—”men don’t follow titles, they follow courage.” Don’t we know this to be true?  Just because someone has a title—whether it’s the President of the United States or the principal at a school—people do not want to follow someone who is a coward. Not just in the fighting-a-war-way, but in the standing-up-for-what-is-right-way.

Here’s a quote from another move. See if you recognize these.

Life is sad, believe me Missy,
When you’re born to be a sissy
Without the vim and verve.
But I could change my habits,
Nevermore be scared of rabbits
If I only had the nerve.
I’m afraid there’s no denyin’
I’m just a dandylion

A fate I don’t deserve.

Those are the words straight from the lion’s mouth in the Wizard of Oz.

I have always loved the storyline of The Wizard of Oz. What an adventure that story took us on when we were kids. Our family did not have a color TV when it first came out and when the boy down the street told us the witch was green, we didn’t want to believe him. It was always sad that it aired on a Sunday night, so we always missed some of it. We rushed home from church to watch this classic.

Well, beyond the great adventure, we learned valuable lessons from each of the characters in Wizard of Oz. Even as a little child, I loved the characters and what they stood for. The one I related to the most was the Cowardly Lion. He’s so cute with his curly hair and long tail. But he was so scared. If he only had the nerve:

Oh, I’d be in my stride, a king down to the core
Oh, I’d roar the way I never roared before
And then I’d rrrwoof
And roar some more.

When I was a little girl, I feared almost everything. Not just things that go bump in the night but that the teacher would call on me in class. I was scared that someone would look at me if came to school late. I feared silly things. I was not a very courageous child. I was extremely shy. But I was blessed to have a mother who wasn’t content to let me stay in that place. She coached me to be stronger and brave. When I reached middle school age, not much had changed, but mom encouraged me to step outside of my comfort zone and run for student government. She made posters and taught me how to give a speech. She stood back and made me make my own appointments and pay for my own things at the grocery store. She worked toward giving me a Braveheart—a courageous spirit.

And as I got older, I learned something the Cowardly Lion also learned—you can’t sit back and plan to be courageous, it’s something you must work on early because you never know when you will need it. Most times, courage is a surprise attack. How many interviews of true heroes have you heard where the interviewer says, “Did you think you could ever do this?” and they answer, “No.” Bravery sneaks up on people and they must choose in the faction of a minute to act on it.

Years ago, actress Kate Winslet was visiting millionaire’s Richard Branson’s, private Island when a fire broke out. Kate saved the life of Branson’s 90-year-old mother. Do you think she was trained as a fire fighter? No—but she found the courage she needed to save a life.

What about the mother living in Africa who holds her starving baby until that baby takes her last breath? Was she trained as a nurse? Used to death? No, but she was a brave mother who did what she had to do when she had to do it.

What about a young girl who was asked to carry her infant brother, cradled in a basket, down to the river and push him off to an unknown place. What kind of training did she have? None. She did what she needed to do.

As the story of the Wizard of Oz progresses, we see the lion uses his courage without even knowing it. At the end of the story, the great wizard didn’t have to give him courage; he only had to reward the courage he already had.

Do you remember the song the group America sang? This goes way back so you may not remember it. The words were, “No, Oz never did give nothin’ to the Tin Man….that he didn’t, didn’t already have.”

Courage is the mental muscle that conquers fear. Like all muscles, the more you use them the stronger they become.

Courage is not something you are born with; it must be developed. I do believe, some people are born with more resilient personalities, but for those of us who are born with less guts, we are still responsible for being strong and courageous.

When we fail to develop courage, we remain confined in mental prisons and face each day as mental lightweights.

It has been said if you face the thing you fear, fear will leave you. I did discover this to be true by learning to dive. The first time up on the diving board was so frightening but once I did it, it got easier and easier. That fear left me when I faced the fear.

For years I believed that courageous individuals had no fear. I was wrong. Eddie Richenbacher put it very well when he said, “There is no courage without fear.” We all have fears; however, not everyone becomes subservient to those fears.

Being able to carry someone out of a burning house is one form of courage, but there is another one we all face. It involves standing strong for the Lord. At a recent youth rally, the speaker told the teens that Satan doesn’t need them to do evil things to help him accomplish his purpose; he just needs them to do nothing. Wow! That will hit you in the gut, right? When we do nothing, we are helping Satan accomplish much evil.

Being brave involves all these things.

Remember, life is not a practice run. This is it. How we live it depends on us.

People who live without courage tiptoe through life hoping they make it safely to death. God did not call us to be tip-toers!

Abraham didn’t focus on his own impotence and say, “It’s hopeless. This hundred-year-old body could never father a child.” Nor did he survey Sarah’s decades of infertility and give up. He didn’t tiptoe around God’s promise asking cautiously skeptical questions. He plunged into the promise and came up strong, ready for God, sure that God would make good on what he had said.

Let me tell you, we were never meant to live in a “tip toe” way!

I love this quote: Learn to live the way you like– by no longer living as you dislike.

Proverbs 28:1 The wicked flee though no one pursues, but the righteous are as bold as a lion.

Acts 4:31 After they prayed, the place where they were meeting was shaken. And they were all filled with the Holy Spirit and spoke the word of God boldly.

I John 5:13 The Message: My purpose in writing is simply this: that you who believe in God’s Son will know beyond the shadow of a doubt that you have eternal life, the reality and not the illusion. And how bold and free we then become in his presence, freely asking according to his will, sure that he’s listening. And if we’re confident that he’s listening, we know that what we’ve asked for is as good as ours.

That’s the spirit God wants us to have. Bold and courageous is not obnoxious and annoying, it means being brave enough to be the woman God’s wants you to be.

Let’s all be bolder for the Lord.